Did your impressions, clicks and conversions just crater?

No sane person has ever made a change to their Google Shopping Ads thinking, “Changing this bid will crater my sales. Let’s do that!”

No! No one does that.

But here you are. You have had an unexpected decline in impressions (and clicks and conversions) for your Google Shopping Ad campaigns that are a complete puzzle. You know you didn’t change anything that would have a negative impact. You are just updating PPC bids, etc, etc. You have been doing this long enough. You know how this works.

Suddenly – you are here looking for an explanation. Google does have a lot of basic Q & A stuff ( they call it Help ) that would make great kindling if it were printed on paper, all the while, omitting the really important stuff. You did not find an explanation there that helped you recover from the tail-spin in sales?

Well, as it turns out, Google’s Shopping Ads has an new evil twin. Its called Machine Learning (Google calls it ML) and this twin program runs in tandem with the (old) ad placement program, trying to learn how to improve ad placement. I’ll call it HAL’s slower brother – because it is slow.

The problem is that should you make any change to your Google Shopping Ads campaign, the ML twin has to think about it. And that thinking takes some time. It won’t let things run normally until it sorts things out. It’s thinking – it’s slow – it’s trying to improve upon your own best judgment. And its not telling you what its thinking – or how its disrupting your eCommerce business. That you very much!

So now you know – it can take days before your ads will run normally again. Lets instead say “optimally”. Your ads were running optimally until you made one-too-many changes to your bids, and then hell came to breakfast.

(you know where this is going) The ML evil-twin is clearly the same thing as Smart Shopping Ads in which we give up all control to Google. “Just submit your credit card and inventory and we’ll run everything while you sip your MaiTai on a cruise ship – and you’ll get rich.”

Right! Do we have a choice? 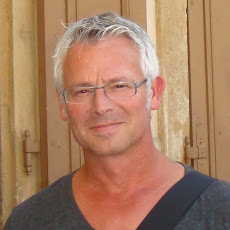