How Do I Know Im not paying for Fraudulent Clicks?
How Do I Find My/Google’s Invalid Clicks Report?

A common concern for everyone, including me, is how can we be assured we are not paying for fraudulent clicks (click fraud) in our PPC campaigns. Well the short answer is, we can’t. Its entirely within Google’s purview to handle those odd-looking clicks and all the nuanced behavior of the “clicker”. Google does not provide even the originating IP address of the click. If we saw a bunch of clicks from the same IP address, we could dig deeper and maybe find the fraud. They could provide that information, but then there are issues of privacy, etc, that they don’t want to deal with. (Of course they do sell that data to advertisers who are willing to pay for it. Its all about the money after all. Privacy for sale!)

The obvious conflict of interest is that Google makes money when someone clicks. Refunding you for what looks like a bot or your competitor does to hold much incentive for Google does it? There have been lawsuits to stoke your fears too. In 2006 Google paid $90 million in a click fraud case. https://www.wired.com/2006/03/google-to-settle-click-fraud-case/ So there is THAT disincentive to prevent Google from turning a blind eye to the issue. But $90 Million (2006) out of annual sales of $111 Billion (2017) is .08%. Not much of a disincentive, is it?

We can find some comfort that Google is the master of algorithms, and it should not be too hard for Google to spot a bot or a competitor who has nothing better to do than click on your ads with their algorithms. They report those (refunded clicks) as Invalid Clicks in Adwords – more on that below.

The bottom line to the issue is, we can take Google’s word that they handle those clicks appropriately. We can also pay attention to our campaigns performance to spot poor ROI, which will greatly reduce the chance of paying for nothing-clicks. And finally, you can see how many clicks Google identified as fraudulent (invalid) here:

How Do I Find My Invalid Click Reporting in Adwords?

Invalid clicks / Invalid click rate
These columns indicate the number and percentage of clicks that were classified as invalid and automatically filtered from your account. You aren’t charged for these clicks, and they don’t affect your account statistics. Data for invalid clicks is only available after January 1, 2006. Learn more about invalid clicks. This column is available on the Campaigns and Dimensions tabs only.

How To Display Invalid Clicks 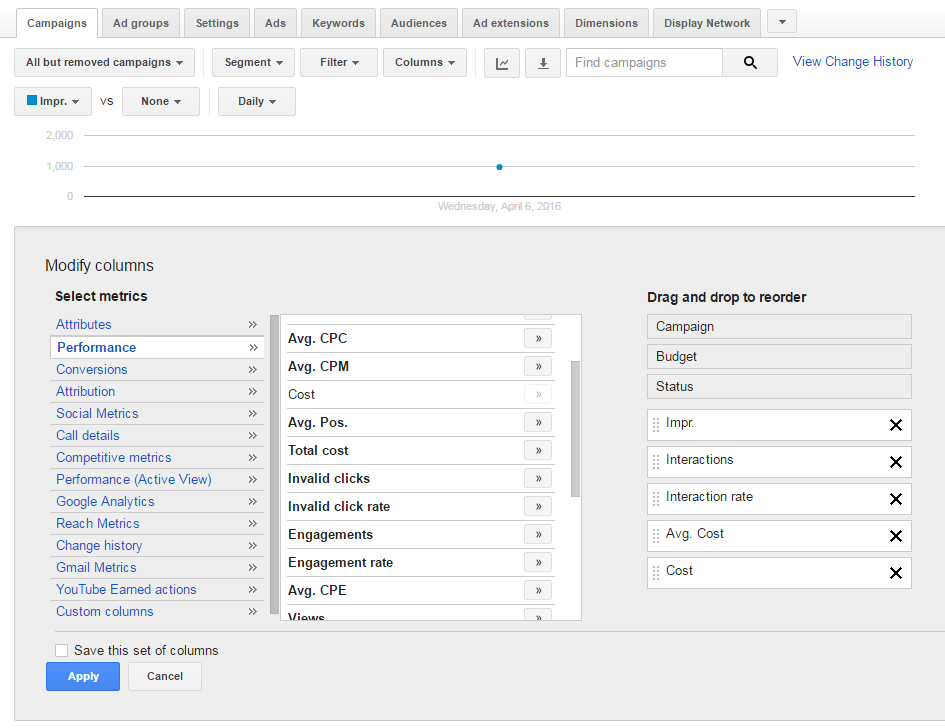